Following its debut award at the World Yacht Trophies in Cannes, the MCY 96 celebrates its second international recognition and the first one in the Asian market. The MCY 96 won the “Best International Motor Yacht” award in its size category during the premier 2018 Christofle Yacht Style Awards organised by industry trendsetter Yacht Style, which recognises the best of the yachting industry in Asia and internationally.

The Christofle Yacht Style Awards ceremony was held during a lavish gala dinner hosted by Phuket Boat Lagoon on the first evening of Phuket Rendezvous 2018 – gathering a fine audience of close to 300 VIPs, yacht owners and key personalities in the yachting industry.

“Our idea is to take a fresh approach to the way such accolades were presented in the past, and to seek out truly innovative ways in which owners can choose to go down to the sea in sailboats or motor yachts", Yacht Style’s CEO & Publisher Gael Burlot told the star-studded gathering.

Christofle Yacht Style Awards were designed to showcase excellence and creative flair in the latest motor and sailing yacht models presented in the Asia- Pacific region by leading builders here and beyond. Innovation across the industry was specifically encouraged. 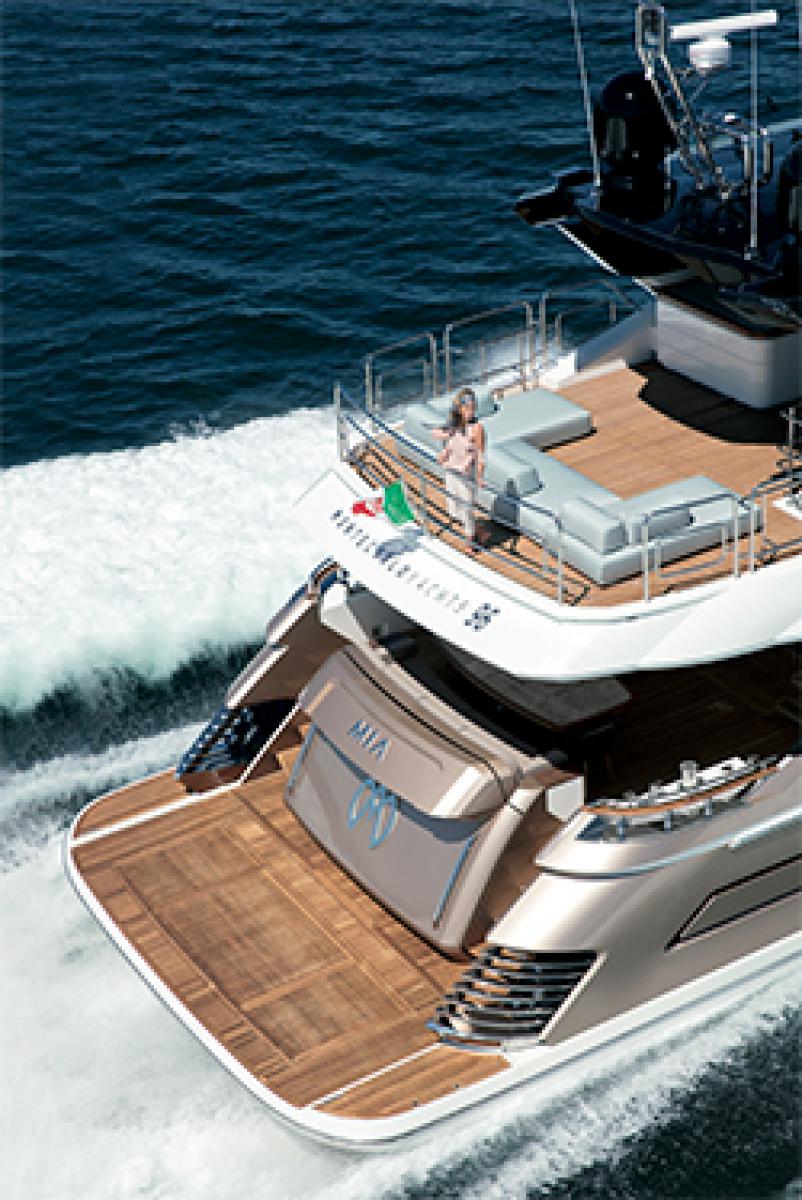 “We’re very proud of the MCY 96s second award as Best International Yacht,” says Carla Demaria, President of Monte Carlo Yachts. “It demonstrates the universal appeal of this yacht and the ever-growing interest in the MCY collection internationally. Like Monte Carlo Yachts, the Christofle Yacht Style Awards have a strong focus on innovation, and we’re thrilled that the MCY 96 was recognised as such.”

The MCY 96 was presented during the Cannes Yachting Festival and the Monaco Yacht Show in September 2017 and is ready for its next stop at Boot Dusseldorf (20-28 January, 2018), being one of the largest yachts ever displayed at the German show since its foundation in 1969.

In the meantime another brand new MCY 96 is sailing to the Miami International Boat Show (15-19 February, 2018) for its American Premiere: it will available for guests of the show to visit and will be the set piece for a Monte Carlo Yachts event.

Genuinely Italian in its management, designers and artisanal skills Monte Carlo Yachts is the fastest growing Italian brand in the luxury motor yacht segment, supported by the industrial strengths of French Group Beneteau. It has developed and launched a range of award-winning models that have been recognised internationally both for their iconic style and their performance. The MCY collection currently includes the MCY 65, MCY 70, MCY 76, MCY 80, MCY 86, and MCY 105 and the new MCY 96, launched in Venice in July 2017.

The full MCY collection is designed by the world-famous Nuvolari Lenard design studio, which, together with Monte Carlo Yachts, has studied and introduced design features and materials extensively used previously only on mega yachts.