You’ve arrived, safe and secure at your favorite anchorage. Soft breezes whisper, gulls swoop and cry, and the boat’s  gentle rocking begs you to relax. Pour yourself a cold beverage, put your feet up, and refresh your mind and spirit by diving into a good book.

And what better inspiration for summer reading on the boat but books based on the sea? Here’s our recommended list of the best books to read this summer. Some are beloved literary classics. some are based on true stories. Some focus on local color. We’ve even included books to entertain the littlest cruisers on your boat. 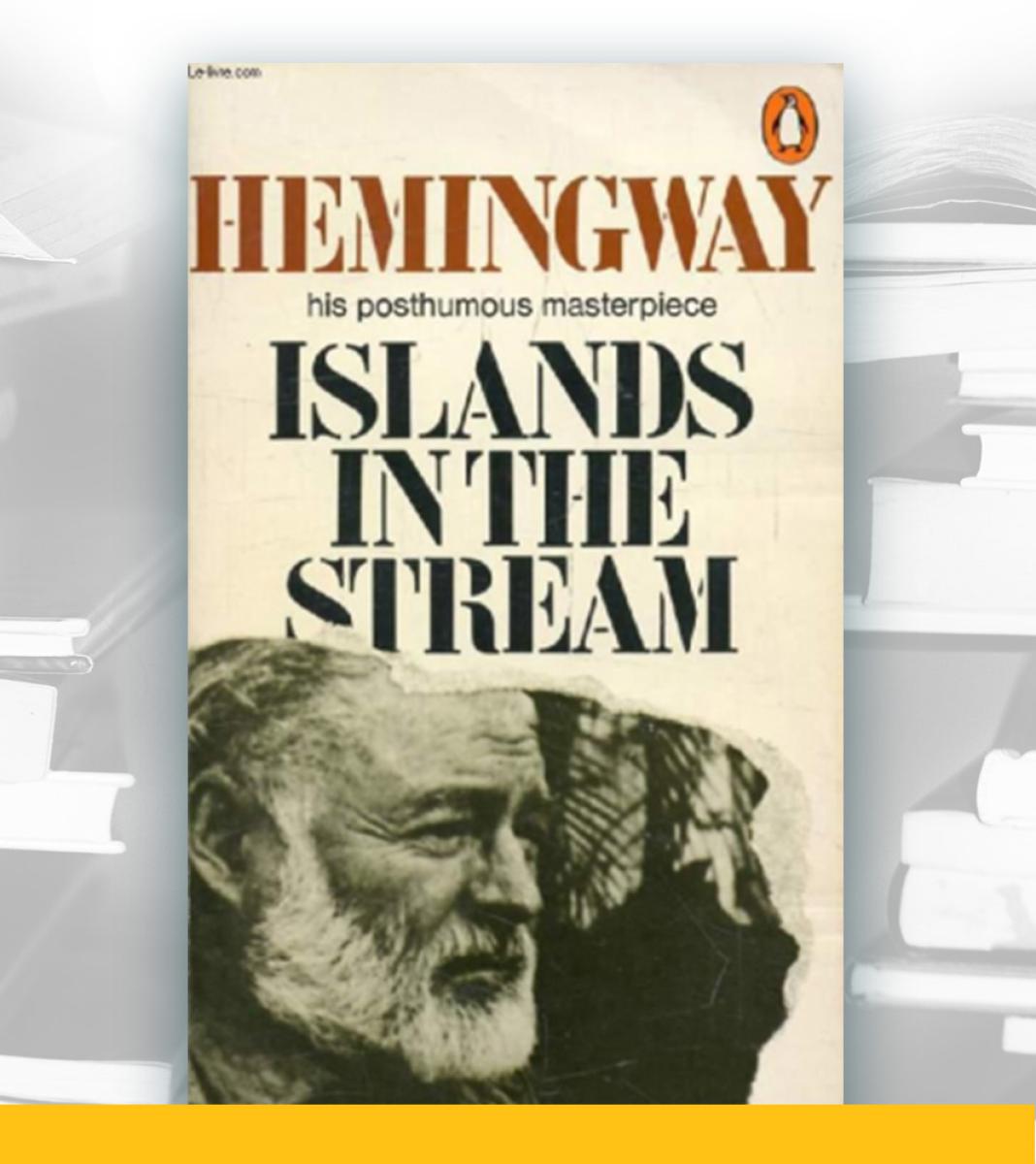 Islands in the Stream, Ernest Hemmingway

Chances are you’re already familiar with the Hemmingway classic The Old Man and the Sea. But Islands in the Stream, published nine years after Hemmingway’s death, is one of his best. The story follows artist and adventurer Thomas Hudson who leaves his idyllic life as a painter on Bimini to chase submarines off the Cuban coast during World War II.

One of the greatest sea stories of all time, The Sea Wolf has everything: rivalry, mutiny, and shipwreck, written from the perspective of an author who clearly knows the sea. The plot pits a frail gentleman scholar against the seasoned, ruthless, and increasingly insane captain of a seal hunting ship. When he realizes his only choice to stay alive is to jump ship, the young scholar fights to gain the skill, knowledge, and strength he needs to master the ocean on his own.

Set aboard a British man-of-war in Nelson’s navy, Master and Commander is the first book in a beloved series that vividly describes life at sea in the early 1800s. Focused on the friendship between the ship’s surgeon Stephen Maturin and Captain Jack Aubrey, the novel is filled with action, danger, epic naval battles, insights about life in the officers’ ward room and below decks, and above all, comradery at sea.

Ernest Shackleton set sail for Antarctica in 1914, planning an expedition to cross the continent on foot. When the Endurance became locked in sea ice only a day from its intended destination, the incredible story of survival, leadership, and navigational brilliance began. Shackleton and a crew of six battled 60-foot waves, hurricane force winds, and navigated nearly 850 miles of the most dangerous ocean on earth to secure rescue for his crew, stranded on Elephant Island. Lansing’s book is considered to be the definitive account of this miraculous story of heroism.

Longitude: The True Story of a Lone Genius Who Solved the Greatest Scientific Problem of His Time, Dava Sobel

Up until the 18th Century, sailors had no way to measure their longitude, literally becoming “lost at sea” as soon as they were out of sight of land. As exploration and commerce increasingly depended on accurate navigation, the fortunes of nations and thousands of lives demanded a solution. Longitude is the story of a renegade scientist, John Harrison, who defied conventional wisdom and spent forty years developing the chronometer, which solved the most pressing scientific problem of his time. Harrison’s story includes fascinating histories of astronomy, navigation, and clockmaking, as well as tales of behind-the-scenes intrigue and politics of the time.

More than thirty men were impossibly rescued in the howling teeth of a New England Nor’easter in the winter of 1952, after their two oil tankers broke up in seventy-foot seas. Four young Coast Guardsmen set out to save them, using only a tiny lifeboat. Called “a marvelous and terrifying yarn” by the Los Angles Times, The Finest Hours is a great read, packed with breathtaking, high-stakes drama, astonishing heroism, and impossible luck.

See if Robert is here…toast Warren Zevon…signal the UFOs…Play Bingo with a drag queen…visit Flipper’s grave. These are just a few of the strange adventures awaiting in the Florida Keys. In this book you’ll find 100 adventures, complete with descriptions, reasons to do it or skip it, local advice, and even a check box to mark each one complete. Funny and informative, this bucket list includes adventures for all ages.

Hemingway and Bimini: The Birth of Sport Fishing at "The End of the World,” Ashley Oliphant

Under Ernest Hemmingway’s leadership, the International Game Fish Association emerged between 1935 and 1937 when Hemmingway was active on Bimini. This book discusses the amazing fishing he enjoyed there, his role in forming the IGFA, and how his experiences helped to compile Islands in the Stream for publication nine years after his death. A great addition to your library, the book includes some beautiful vintage photographs of Bimini in the 1930s never before published.

Washed Ashore: A Bahamas Beachcombing Guidebook, Laura S Crosby
If you love beachcombing, this beautiful book as a must-have addition to your nautical library. Focused on everything you can find on the beach – shells, seeds, sea glass, and other flotsam – the book is laid out randomly, just like the beach itself. It features beautiful full-color, hand-drawn illustrations, as well as places for you to document and illustrate your own finds. 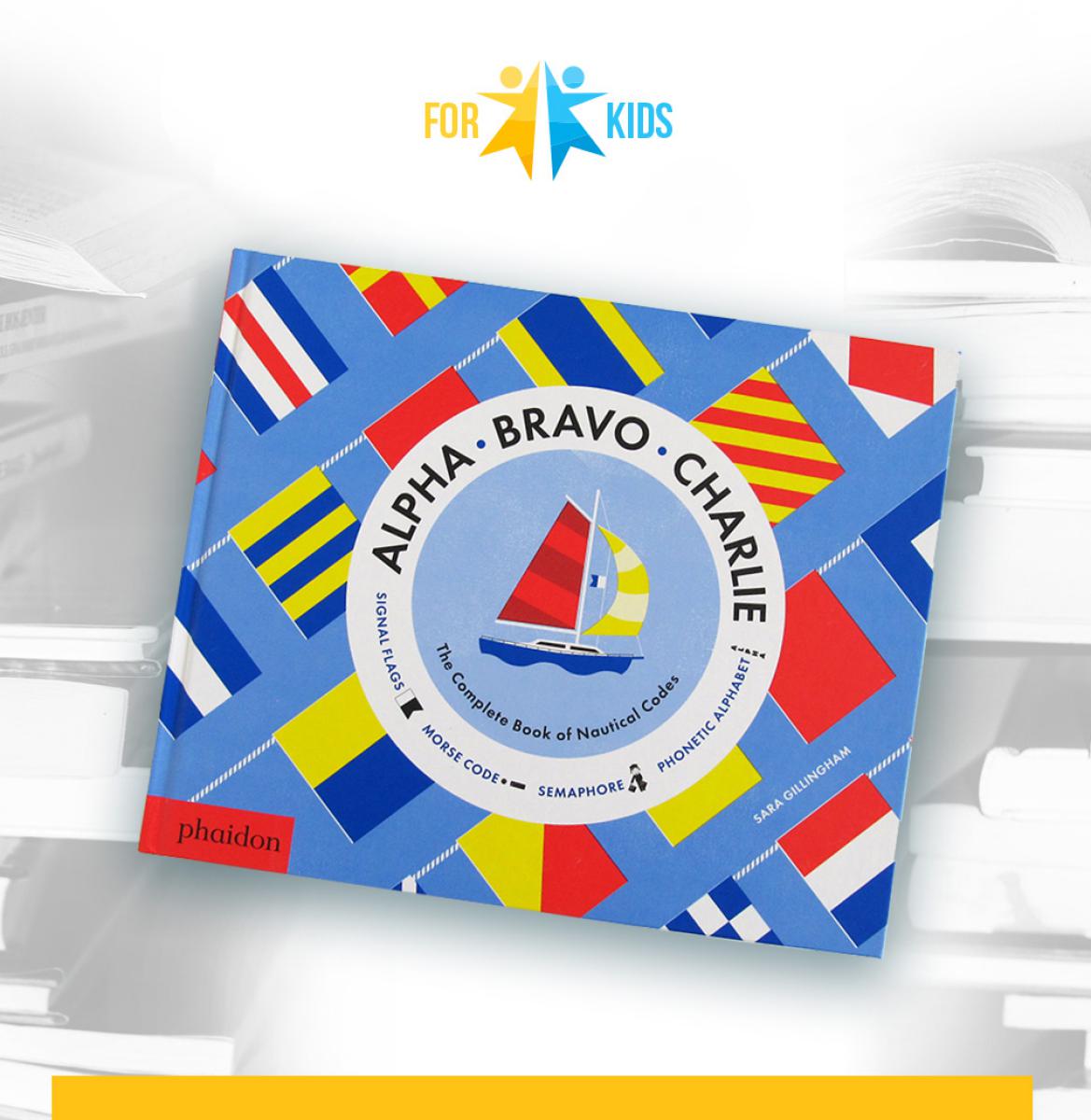 Alphabet Boats, written by Samantha R Vamos, illustrated by Ryan O Rourke
Little cruisers 3-7 years old will love this illustrated alphabet book that illustrates 26 different vessels, featuring the usual (canoe and motorboat) and unique (umiak and Q-boat). The letters of the alphabet for each boat hide cleverly in each illustration.

Where Do Speedboats Sleep at Night? Written by Brianna Caplan Sayres, illustrated by Christian Slade

This picture book for cruisers 3 -7 illustrates, through drawings and rhyme, what boats like canoes, sailboats, cruise ships, and others do to get ready for bed after a long, hard day at work.

This visually stunning, fun, and educational book helps kids between 8 and 12 learn about maritime signal flags, semaphore signaling, Morse code, and the phonetic alphabet, to help them understand boating terms and what they mean. What makes this book special is the use of die-cut pages that match the shapes and mimic the texture of nautical flags. Avid learners of any age who are interested in boats and all things nautical will find it fascinating.

The complete fishing magazine for Florida and the Tropics, this magazine is the authoritative source for Florida's most active fishermen.

Whatever else you do on your boat this summer, be sure to make time to read. It’s one of the most relaxing, enriching, and entertaining ways to spend a quiet day at anchor.

And if there’s anything we at InterMarine can do to make this summer on your boat more enjoyable, we’d love to hear from you. Don’t hesitate to reach out by email, on the phone, or in person at one of our South Florida locations.